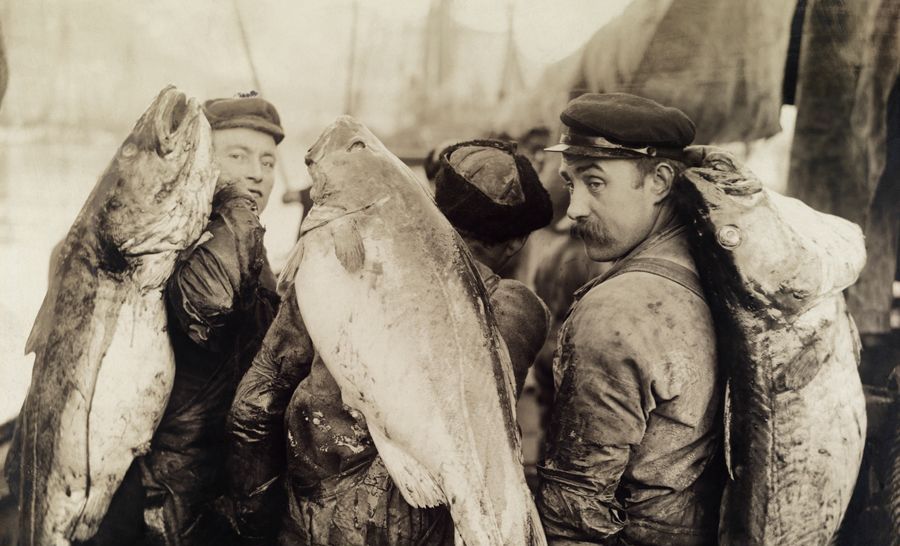 Camilla Crosta, the project curator of the European SKREI Convention, talks about raising awareness of the importance of Atlantic cod as a global natural resource, trading good, foodstuff and international cultural influencer in the past, present and future.

In Northern Norway, some say that stockfish built the country. It is here that the story of this project began when Museum Nord – a group of institutions in the far north of the country – felt the need to look beyond the Lofoten fisheries and reach out to other nations that cook and eat cod.

So the SKREI Convention was brought into being as a two-year cooperative collaboration with  Museum Nord (Lofoten – Norway), CERS Italia (Italy) and Ílhavo Maritime Museum (Portugal). The project re-imagined the historic trade routes of dried and salted cod from the North of Norway to the Baltic Sea as far as Germany, the UK, Italy and Portugal.  The exchanges between the project partners brought to the table an extraordinary wealth of information. And two things in particular became clear: firstly, how much the story of cod is connected, yet little understood, as a European history. Secondly, how cod is a tool that can convey other meanings. It can be, for example, an opportunity to instigate a process of critical reflection on socio-political and economic issues.

Atlantic cod (Gadus Morhua, lat. / skrei, in Norwegian) is a vital ingredient of many national food cultures. It has been traded in Europe since the Middle Ages. The fish is found right across the eastern and northern coasts of America, Greenland, Iceland, the North Sea and the Barents Sea. From the Barents Sea, it migrates to the coasts of Finnmark, Vesterålen and Lofoten, looking for the perfect environment to spawn.

Once it is fished and processed, the flesh of the cod begins multiple different kinds of journeys across the world – in the form of stockfish (air-dried cod), clipfish (dried and salted), or fresh fish (chilled or frozen) it travels to to Italy, Portugal, Spain, China, Nigeria, Greece or the Americas. It is through these journeys as a preserved product that cod has become an example of a shared European (and international) cultural heritage that has diversified and grown in many different regions. It is this shared story that the SKREI project attempted to highlight.

The national and regional significances of Atlantic cod in Norway, Italy and Portugal are clearly defined but little understood in a broader European context. In these, and other European countries, Atlantic cod plays an essential role in the creation of identity, as it is ingrained in the everyday life of communities, through rituals, traditions, gastronomic offers and other creative processes. Talking about regional identities and a European identity was a difficult task due to the nature of the concept which is subject to many interpretations, uses and political connotations. Through the course of the project, via conferences, activities and artist residencies, SKREI Convention tried to work around the concept of regional cultural identities and make them a more fluid and more inclusive concept by putting them into a conversation, comparing and identifying similarities and supporting the learning from each other’s cultural practices. To continue this conversation, we have established Friends of SKREI, a multidisciplinary network of organisations, public authorities and individuals committed to raising awareness of the importance of Atlantic cod as a global natural resource, trading good, foodstuff and international cultural influencer in the past, present and future.

The experience of SKREI Convention showed how working and thinking around cod can open new opportunities to think about current socio-political issues. As part of the project, we developed three artist residencies and chef residencies hosted by the project partners. The artist residencies were an opportunity to explore the cultural imaginaries associated with Atlantic cod in the specific geographical contexts of North-East Italy, Lofoten in Norway and the Aveiro Region in Portugal through contemporary art practices. Each of the partners worked with one or more artists to develop an artistic inquiry in the social and cultural perception of Atlantic cod.

The selected artists were Alessio Trevisani in Italy, Héctor Zamora in Portugal and Spontaneous Deuce in Norway. Alessio’s work, The Body of Salt, was a dance performance that took place at the Rialto Fish Market in Venice, and in the main square in Kabelvåg, Lofoten. Spontaneous Deuce focused on the social element of food, putting the identity and the value of skrei at the centre of their work, which was a dinner-performance with a symbolic menu. Héctor Zamora decided to explore the Portuguese tradition of drying cod, focusing on the movements and rhythms of the work of women, and the songs they sang to animate their daily life. This work is a sound journey that starts from the vibrations of the cod drying rack wires when the wind moves through them.

In these residencies, Atlantic cod was the subject and the starting point for conversation. It enabled the audiences to reflect on topics such as cultural identity, the politics of food and the coexistence of animals and humans. These projects marked the beginning of further explorations, which continued with a series of multidisciplinary online talks: the SKREI Nordic Talks.

Cod and the future

The Nordic Talks offered us an opportunity to link SKREI Convention into the framework of the UN Sustainability Goals and talk about climate change, the production, consumption and the trade of food. Between January and February 2021, thanks to the support of the Nordic Council of Ministers, we developed a series of online talks on how the example of cod can enable us to consider regenerative systems, innovation and alternative food systems for an industry based on tradition. The talks brought together inspiring speakers from different disciplines and sectors, to start thinking afresh and to analyse how the story of skrei could inspire positive changes towards a more sustainable world. This multidisciplinary approach, merging creative practices, science, anthropology, history among others, will be at the heart of the future of Museum Nord’s SKREI Centre, a new national museum, dedicated to the story of Atlantic cod. The new building (currently in planning) will find its place between the Lofoten Aquarium, the Galleri Espolin and the Lofoten Museum in Storvågan, near Svolvær on the Lofoten Islands.

Camilla Crosta is a freelance curator and producer based in Glasgow, Scotland. Her practice is particularly focused on public space and location-sensitive curating. She is currently working with Rumpus Room and Küche in Glasgow.  She is also the project curator of SKREI Convention, a European cooperation project between Norway, Italy and Portugal. From 2015 to 2018 she ran Fronde, a grassroots organisation based in Venice, which aimed to foster interaction in the public space of the city through artistic interventions. Since 2018, she has also been researching participatory models of governance in cities and the role of artists and art organisation in the urban policy decision-making processes. 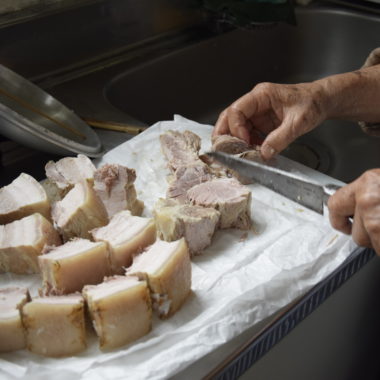