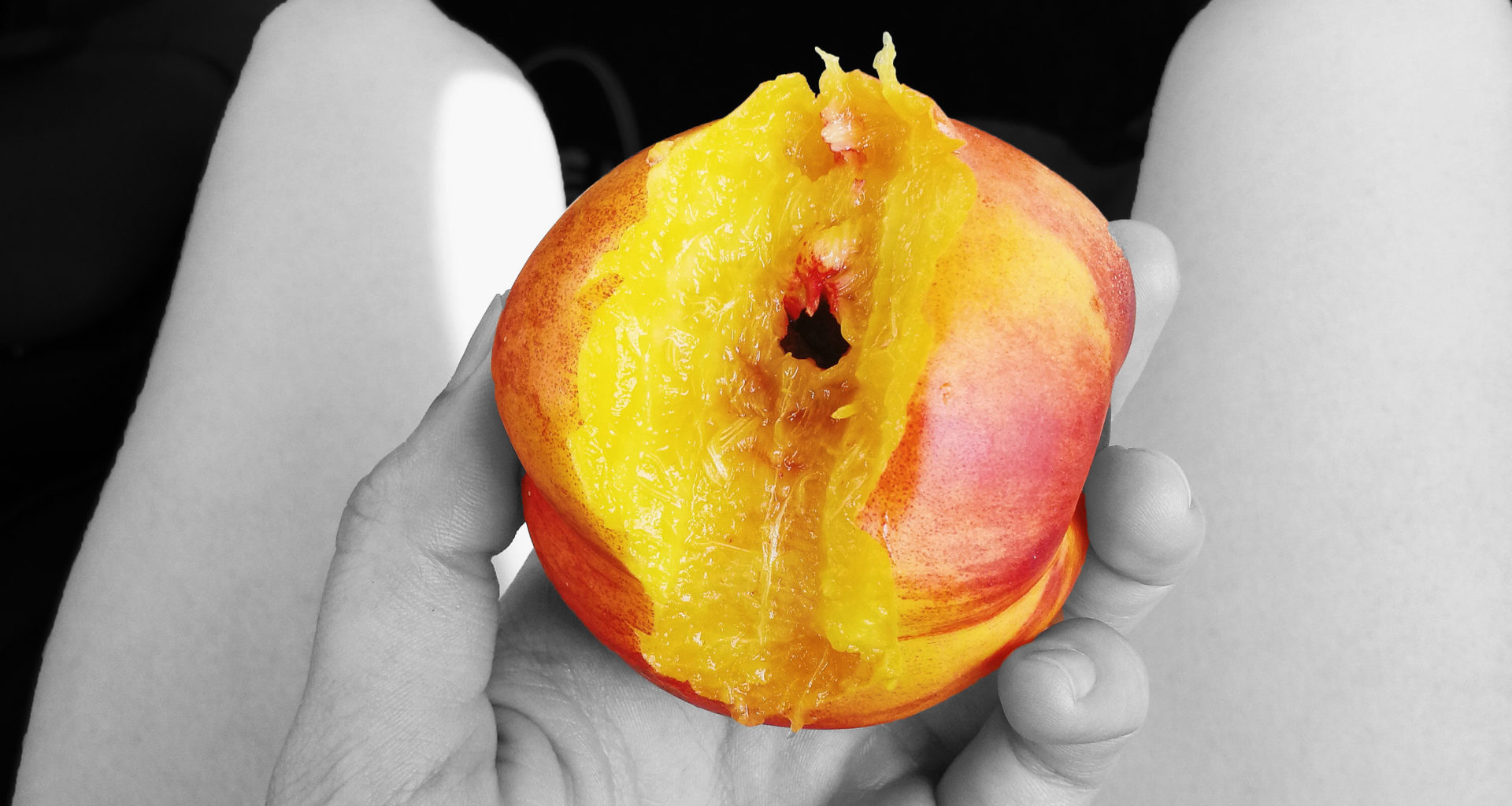 Fiamma Aleotti calls herself a “writer, musician, pastry chef, raging introvert and passionate cat lady, most likely to lecture you on what makes a real pizza crust.” Like many, she moved to Berlin to find something more to life and has found a place in the city’s growing food scene dedicated to doing traditional things differently.

Sophie & Orlando Lovell: Where are you from, how did you end up in Berlin and why?

Fiamma Aleotti: The first part of that question is always a bit tricky for me to answer. I was born in Colombia but never lived there, grew up in Italy until I was four, and most of my life from then until I was 29 years old I spent in Costa Rica – with a few interruptions in between. My mom is Colombian and my dad is Italian. I don’t believe I’m from anywhere in particular. I dislike the notion of nationalities and what they do to people. I ended up in Berlin by following my intuition. I asked myself “if I knew I was going to die within a year, would I still be leading this life I have now?” The answer was a hard “no”. The follow-up question was “what would I do?” and somehow the most obvious and organic response was “move to Berlin”. So I did. To the outside world, it might have seemed an irrational, impulsive decision, but I think it was one of the best I ever made.

Is food a tool (or a weapon?) as well as a passion for you?

I think food is a tool (definitely not a weapon) for connection and meaning. I’m not sure it’s a passion as much as it is my home. It’s not a burning thing, it’s a soothing thing. That’s what food feels like. To make it, to share it, to enjoy it.

How do you think the (still) highly stereotyped role of a woman in the kitchen can be turned into a more empowering one?

I think the stereotype becomes empowering when we stop fearing it. Sometimes we are so afraid of being associated with the “feminine”, the “soft”, the “sensitive” that we strip ourselves of any traces of it, trying to emulate stereotypically “masculine” qualities: strength, endurance, stoicism. But why are we even falling into the trap of believing that being soft and sensitive makes us weak, or less than (this goes for all genders, by the way)? Instead of copying an existing, flawed mould, let’s own up to our own authentic shape and simply show by doing that we are our own mould. I think we’re seeing examples of this more and more, and it becomes increasingly evident that creating your own rules is more sustainable than following someone else’s. I guess the answer also varies if we talk about home kitchens versus professional kitchens (the stereotypes are different), but either way, if you’re choosing to be in the kitchen, then you’re empowering yourself.

Tell us about She Said Books and how you came to be working with them?

In early 2020 I heard through the Feminist Food Club that a woman was planning to open a bookshop for female and queer authors in the Fall, and that she was looking for someone to set up and run a café inside of the same space. I looked the project up on Instagram (at that point it was quite new, it had maybe six or seven posts) and immediately thought “that’s the kind of café I’ve always dreamed of opening!” However, I was going through a hospitality cleanse (we all need them from time to time) and didn’t even think about applying. But I did send Emilia, the founder, a DM telling her that She Said sounded dreamy and that I’d definitely be one of her regular customers. Then I forgot all about it. About a month earlier I’d started a blog about my favourite things (food, feminism and sexuality – now I’d also add feelings) and I posted a recipe for cinnamon rolls. I shared the photo on Instagram and apparently, Emilia saw it and wrote to me asking if I’d be interested in running a café inside of her bookshop. It all felt very natural. We just clicked.

Tell us a story of the first recipe you can remember and why?

My Italian grandmother’s spinach pie. I don’t have a great memory so it might not actually be the first, but it’s the strongest one. Memory is malleable anyway and changes over time, so this recipe has probably acquired more emotional weight the more I make it. What makes it special is that it’s a sweet, spinach, ricotta and almond pie. It sounds awful (I mean, spinach, in a sweet pie?), but it’s actually fluffy and moist and sweet enough but not too much, and you’re pleasantly surprised by crunchy bits of toasted almonds here and there. It’s called Erbazzone (literally meaning something like “herbaceous”), and it’s one of those recipes that you can only find in a very specific area of the Italian Apennines. Anywhere else you said Erbazzone, it would mean a different thing. I just love the inventiveness of the recipe and the elusiveness of it too. I learned how to make it following my grandmother’s recipe, and I still make it today, with very few adaptations. I’ve never met someone who didn’t love it.

I’m a big introvert and like crying it from mountain tops. But being an introvert only means that I like to spend a lot of time by myself. It doesn’t mean I’m private about my feelings: quite the opposite. Since I’m also very introspective and highly sensitive, feelings occupy a big percentage of my thoughts. They need to come out somehow! I love food, and I love loving food. I also love writing and feminism and talking about female sexuality, so being unemployed at the time, it seemed like a natural thing to do: writing about the things I cared about, which I believe overlap, even if it doesn’t seem like it at first. I didn’t have anything to lose anyway (turns out, it ended up earning me a job!).

You wrote in your essay “Why I Chose Desserts For a Living”: “Food is a social unifier”. How do you see this in the light of a year of less travel, more local and two lockdowns?

I think that’s still true. We’ve seen how people in the industry have found ways to help each other or offered to cook for essential workers during lockdowns. We as consumers have also been made much more aware of our money and how spending it could literally help businesses stay afloat. Even the fact of being stuck at home and in some cases forced to learn how to cook, make sourdough bread (well, nobody is forced to make sourdough…) and figure out how to use up the mountains of food we panic-bought. It united us online! And created the need for one of my favorite podcasts: Home Cooking.

You are quite a trailblazer. You speak four languages, have moved halfway across the world on your own and are making your dream your career. What advice would you give to other young people like yourself?

People sometimes think I’m brave because I did those things. I see it differently: I just didn’t have a choice. If I’d ignored my feelings I would have crashed and burned. It truly felt like a matter of life and death. It was either stay and be unhappy or follow my gut and risk happiness. My advice is: do you and don’t be afraid of asking for help. Do what you need for you. Do what makes you happy. Leave if you need to leave. Stay if you want to stay. It’ll be scary for a while, but you’ll know, deep down, that you didn’t have a choice anyway. Above all, it’ll be worth it! 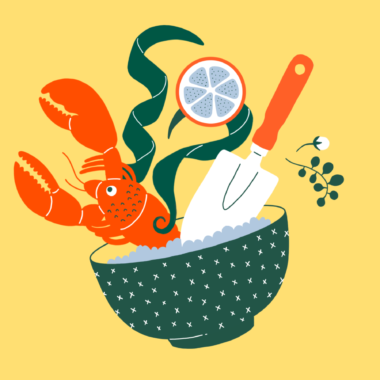 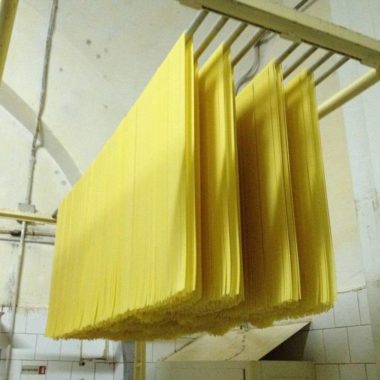