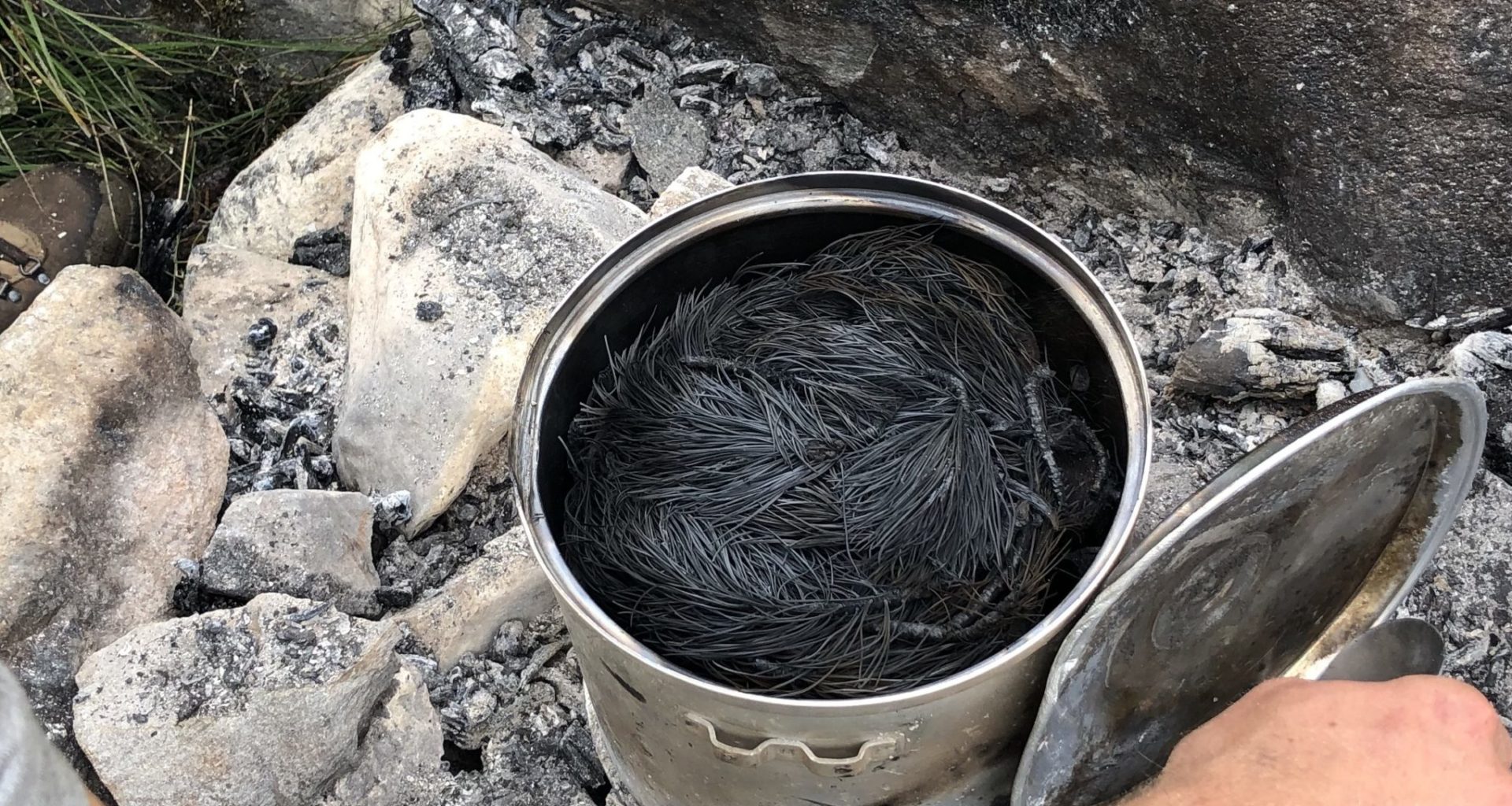 Philipp Kolmann is a designer who is interested in the relationships between bodies, cultures, food and microbes. Although his focus is on certain microscopic organisms, his point of view is a macroscopic one of the embodied symbiosis of humans within our landscapes through food and fermentation. It is an inside/outside perspective that blurs boundaries and borders and is an amazing way to think about our environmental connection and indeed what it means in terms of the accepted understanding of “us” being individuals of one species. Here he introduces us to his thinking and in the process sets the stage for a core and vital focal point for The Common Table: the extended landscape of the human microbiome.

In my design practice, I see microbes, fungi, animals and plants as collaborators. I believe that for the future of our planet, and of humankind, it is essential to reconfigure our attitude towards life forms that evolve alongside each other. I collaborate with disciplines, such as microbiology, anthropology, agriculture, aromachology and botany so that together we can build sensitive bridges that open awareness for the inter-dependencies of the ecosystems we depend upon.

Bacteria and fungi are an invisible link between ourselves, other species, and the land we inhabit. Through food, smell and taste, microbes provide an effective connectedness with our environment. As a designer, it is my goal to extend the understanding of smells and taste to be recognised and applied as valuable, corporeal, and local cultural data. Smell and taste have become instruments that allow me to reach people through embodied experiences that I perform with in my work.

Design is not my only discipline. I grew up in rural Austria, in close contact with the land. I am also an alpine dairyman and a chef. So the husbandry of the dairy farm and the “landscape” of food mediated through microbes that are farmed as carefully as our cattle, right down to the preparation and taste of the food we ingest, are food-related subjects involving microbiological alteration and fermentation that have been at the centre of my practice for many years.

Beyond food, the idea and motives behind rituals and practices of hygiene are also very important in my work. In some of the most ancient and familiar food processes involving micro-biological alteration – such as cheese-making, bread-making or the brewing of beer – I also found the ideal context for addressing the huge topic of hygiene and its power to threaten biodiversity, bodily and (even) mental health. Hygiene is part of our cultural heritage and foremost in our symbiotic relationships with microbes and other species as we evolved alongside each other.

In my work, cheese, bread and other fermented products have become bridges that can be used to address and communicate cultural constructs. Through food, flavour and scent, I have found tools to share and provoke questions about human symbiotic relationships with what we eat, our bodies and the rest of our surroundings. Telling my stories while incorporating scent and taste as significant media allows me to direct the attention of people’s perception towards the senses that have a far deeper reach. Smell and taste unlock extraordinary access to our brains, particularly memory, and are capable of triggering truly physical sensations that can be experienced again and again.

This means that I can work with microbes used in the creation of cheese, for example. Thinking beyond commercial commodification and by using these materials as a designer I can create embodied experiences that emotionally re-link our sense of existence with a place – instead of just something to sell and be eaten.

Fermentation (in simplest terms, the metabolic breakdown of carbohydrates to release energy using enzymes)  as a process has been used or harnessed by humans for the entirety of our existence and the relationships we have nurtured with certain microbes (and them with us) as a result have become complex, delicate, subtle and intense. We take advantage of them for added flavour to food, for palatability and also to aid us in the digestion of foodstuffs that would otherwise be inaccessible to us as energy sources. The microbes used in food production (beyond the ones in our bodies) can be compared to an “external stomach” that evolved together with our diet: it helps us to digest milk (in the form of cheese, for example) and grains (in the form of sourdough, for example).

Flavour and digestibility are fascinating results when it comes to fermentation. What fascinates me even more, is the embodied relationship we are able to create and maintain through site-specific fermentation practices and consumption. We literally are able to become our landscapes.

One example of the intimacies between bodies and their landscapes is found in the waters off the coast of Japan, where the marine bacterium Zobellia galactanivorans feed on the Porphyra seaweed family. Recently, researchers sequencing the genes of the bacteria discovered that the oceanic microbe’s DNA had already been detected and sequenced elsewhere, specifically in bacteria living in the gut biome of Japanese people.

Scientists are currently busy generating evidence for similar embodied relationships surrounding the consumption of wheat. It is a plant species that by nature was not meant to be consumed and digested by humans, yet its cultivation has allowed our species to settle and grow in numbers as never before. Once again, thanks to the collaborative act of fermentation such indigestible foods become highly digestible – nutritious even.

The human body is made up of cells, approximately half of which are not our own, they are the microbes that live with and within us. That is an extraordinary realisation that we are only just beginning to appreciate. We are not individuals, we are micro-communities of organisms and we share those organisms to a greater or lesser extent with our families, our communities, our species, other species and our environment. “To be a human,” Heather Davis wrote, “means to be the land and water and air of our surroundings.”

We are not the only species to have domesticated microbes. The honey bee, of the genus Apis, has one of the most sophisticated forms of fermentation behaviour in the animal kingdom. Within their colonies, they are masters in processing the plant materials they gather throughout the warmer months. One of their products that stands out the most in terms of fermentation is “bee bread”. Its preparation, from a mix of nectar and pollen that is then fermented, helps honey bees conserve food for the winter months, when plants are not in bloom. The fermentation process starts with a mixture of microbes present on the gathered food, as well as with enzymes present in the saliva of the worker bees themselves. Bee bread is super food for the bees’ larvae, and has a function similar to that of mothers’ milk in mammals: it not only contains all the nutrients to grow a healthy and functioning organism, but also possesses the power to kickstart healthy microbiomes within newborns.

It is fascinating to think of microbes as having domesticated themselves as David Zilber of Noma says so nicely, the process of fermentation is a co-evolution with microbes: “Both parties have to enter that pact together and be useful to each other.” We gather the benefits of fermented foods for us. And for the microbes, we curate conditions in which they reproduce and thrive.

Philipp Kolmann was born and raised in Austria and currently lives between the Netherlands and Switzerland. He is a graduate of the Food Non Food department of the Design Academy Eindhoven. he is currently involved in a collaboration with the cultural Initiative Somalgors74 in the lower Engadin, working on an “Archive of alpine olfactory memories”, as well as site-specific flavour and scent consulting with companies in Mexico and Austria. he is also continuing his investigation into dairy culture and exploring possible shifts to plant-based process without sacrificing strong bonds to our landscapes and artisanal food culture. 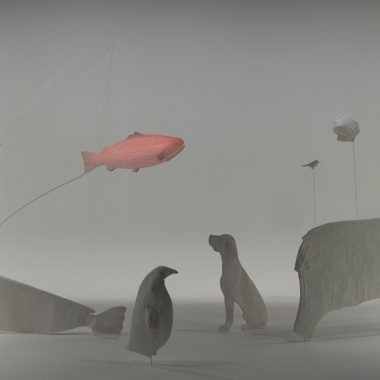 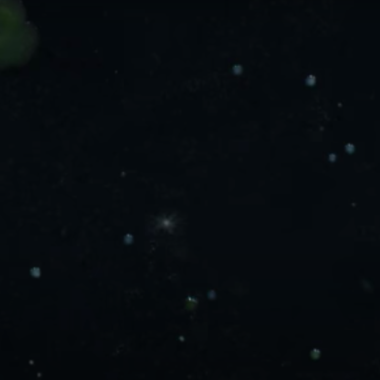 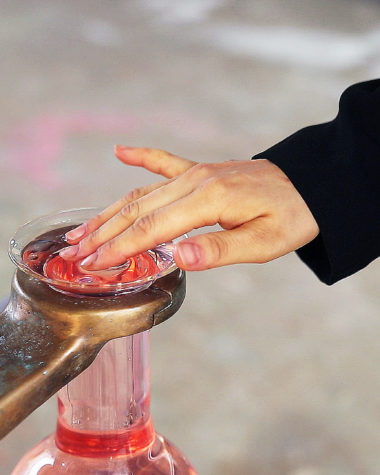