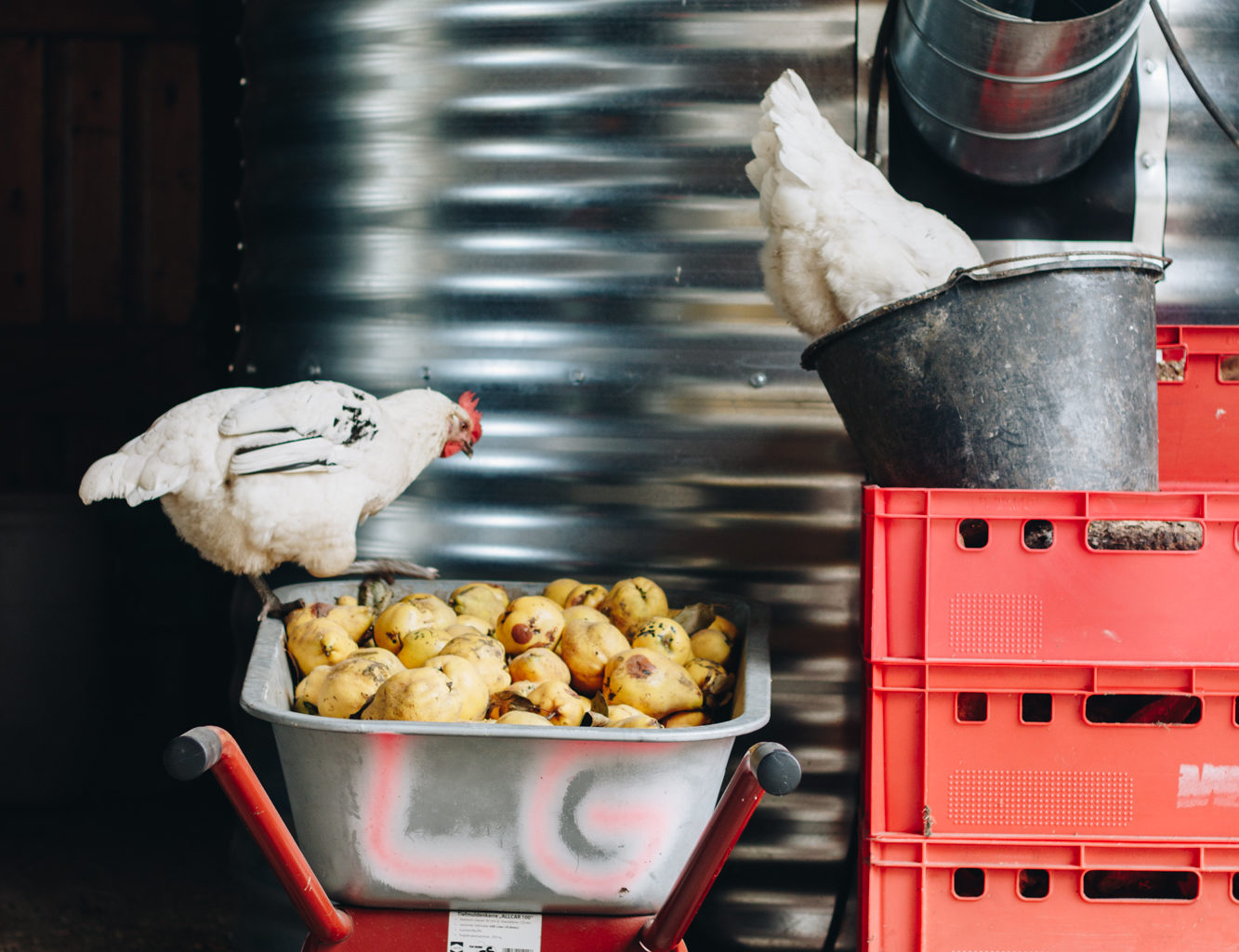 Berlin’s Die Gemeinschaft (The Community) was founded in 2017 to bring transparency and better communication to the secretive world of food suppliers and top gastronomers. Since then it has rapidly developed into an annual symposium attracting a growing network of farmers, chefs, butchers, bakers, cheesemakers and more.

What do we really know about how the food in a restaurant came to be on our plates? As guests to a public food space we may browse the menu before we enter, get a feel for the atmosphere we are about to dine in, evaluate the friendliness of the waiter we first encounter – but rarely are we told, nor do we ask, where the food we are about to consume comes from, who the chef in the kitchen is, or how they came to order their produce and choose their suppliers.

Gastronomy and canteen businesses often still rely on their head chef’s connections to get the freshest produce. This world tends to be a close-knit community of status, nepotism and favours. If you are not in, if you don’t know the right people, you cannot access the best produce. This is a complex system to navigate for anyone new to the kitchen side of things, let alone anyone from a marginalised background.

Die Gemeinschaft in Berlin is attempting to open up this private club of producers, to be more accessible. It was founded in 2017 by two Michelin-starred restaurants, Horváth and Nobelhart & Schmutzig, with the initial aim of making the restaurants’ high-quality local food resources more accessible and transparent to the public. By 2021 Die Gemeinschaft had evolved into a fully-fledged platform with 28 members. It is run by executive director Friederike Gaedke, a graduate of the Italian Slow Food university UNISG (University of Gastronomic Sciences).

Inspired by many farm visits throughout her education, as well as practical systems education which helped her appreciate good agriculture, Friederike decided to bring this way of learning with her to Berlin when she moved here in 2018, creating a new job for herself by taking over Die Gemeinschaft. In a short period of time, she has grown the network considerably, which now offers an annual symposium, called simply: “Das Symposium”, comprising a mixture of online, in-house and on-farm events in and around Berlin. Die Gemeinschaft invites cheesemakers, farmers, chefs, chocolatiers, butchers, wine producers, beekeepers, educators, and many others to these events to share their knowledge and learn from each other. And they do this because (according to article 5 of their manifesto) “We hold that reestablishing the connections that have been lost between land, food, producers, restaurants and each other is an act of essential collective goodness.”

“Die Gemeinschaft is a network of food professionals who are doing something a little bit different and really feel the responsibility that they have in what they do,” says Friederike. With an aim to change the food system in favour of more sustainable, more local and more delicious outcomes, the drive to connect everyone along the value chain lies at the core. “I don’t think about it in regional or national identity terms, it’s more about the closeness to the person that produces it”, she says, “I think especially in Berlin, it’s very interesting to talk about ‘local’ because you could say Poland is very local. We get a lot of amazing products from Poland, there are many good producers. And it’s still more local than Bavaria, right? So local is not defined by borders, it’s defined by the culinary and agricultural landscapes. There’s a bakery here in Berlin that gets their flour from Denmark. That’s probably still local.”

Friederike goes on to explain that the food system is broken and that many working within it are disillusioned with a lobbying approach when it comes to change. Small-scale, hands-on activism is the new wave that has come to transform the food industry, she says. “That’s what I love about the people involved in Die Gemeinschaft, they’re all doers, they get shit done,” adds Friederike proudly. “Last year at the symposium, a Thai restaurateur asked a Brandenburg-based farmer to grow chilis, and now they do. This is exactly the exchange that I want. The direct demand from the gastronomer to the producer. The relationship that develops, and the security for the farmer – that they actually have a direct buyer, as well as an experimentation opportunity to try and grow new things. We can also see how climate change is evolving and how different products are able to grow now, compared to 20 years ago.”

Die Gemeinschaft is hoping to bring changes through this one-on-one approach to the larger network. In the hospitality field, sharing is not per se a common trait. With very small margins, high staff count, much insecurity, not to mention lockdown regulation yo-yo-ing, the typical survival tactic so far has been one of hiding one’s assets: keeping suppliers secret and keeping “friendship prices” an individual privilege. In other words, untransparent, warren-like networks unknown to anyone outside the industry have been quietly functioning in their mysterious ways for years – with the emphasis on competition.

But things are changing in and around the Berlin gastronomy scene, and not only in the kitchen: “If you look into the history of Berlin and the countryside around it, it’s mostly large-scale farming because of the co-ops that used to be there,” explains Friederike. After WWII, land in the GDR was initially confiscated and redistributed in smaller plots without compensation to break the power of landowners. From the 1960s to the ’80s, the GDR went on to prioritise collectivization and industrialisation. This led to a consolidation of East German farmland into massive holdings administered by agricultural cooperatives. The observed effect, even 30 years after the end of the GDR, is still profound — average farm sizes in the former GDR continue to dwarf those of the former West.

Today, however, with regular strike action taking place across all of Germany by already struggling farmers caught in the squeeze between big retailers suppressing production prices on the one hand, and government requirements to meet environmental standards on the other, change is urgently needed right across the food supply chain. So, in order to create a space of sharing, learning and support, Friederike and her team not only curated a series of talks on subjects including pulses, soil, aged milk, nose-to-tail, sweets, grains, ferments, scales and shells, drinks and food education, but they also set up Slack groups and actively encouraged contact exchange via follow up emails, Zoom chat spaces, as well as a free knowledge archive. Together they form a concerted effort to share access to information (in German and in English where possible). So even if a participant perhaps can not cover the fee to participate in one of Die Gemeinschaft’s events, or isn’t able to take the time off work, they are not excluded from the conversation or information.

Expanding beyond the agricultural sector, Die Gemeinschaft has opened its doors to other disciplines as well: “I think that by bringing in knowledge from other disciplines – such as design – or different ways of working, the gastronomy scene and the agricultural scene can benefit a lot from it. Food has to do with all aspects of our lives. It’s not just about the plate and how it tastes. A plate of food represents so many people, such as those working in the fields as well as their working conditions. What does that plate of food mean for those that grew the food? What does it mean for the others that are in the chain in between?”

In 2021, its fourth year, Das Symposium combined round table discussions, Zoom lectures, tasting sessions with 101 speakers, 40 events and 38 farm and production-site visits between August and December. For many of the 250 participants, these gatherings were a chance to make time – not just for themselves, but for others in their industry to share knowledge and advice about how they might be doing things differently or what they are currently experimenting with. 2022 promises to be no less of a community affair at Die Gemeinschaft. 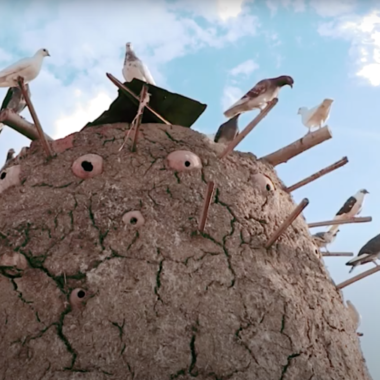 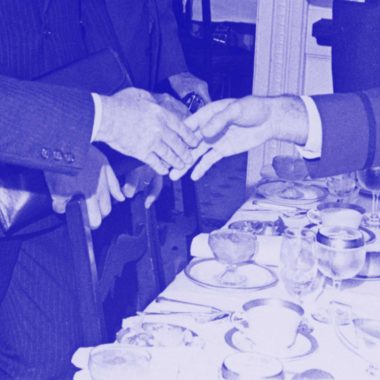 “Not only does it give context, I think food is maybe the easiest hook…

An interview with the food and city writer @jonathandnunn, best known as…

"In exporting this Eurocentric philosophy of terroir to the East, the…

Water is to India what soil is to Europe, says design researcher Priya…

Ahead of the premiere of her new film 'Foragers', visual artist and…
Follow