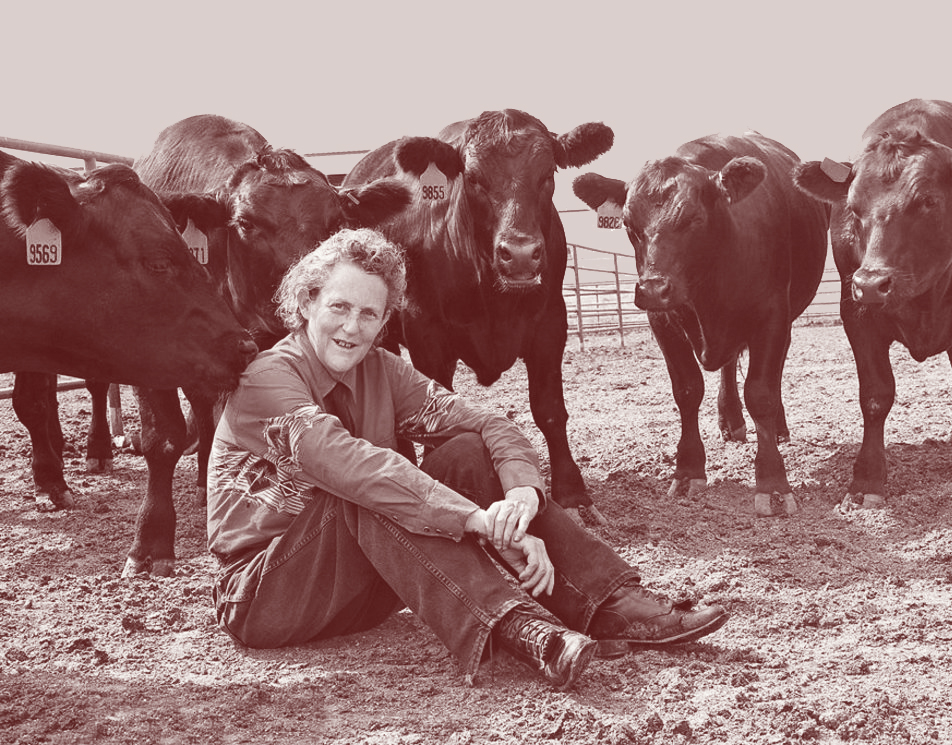 Her Way of Seeing

Whatever your feelings about eating meat, with hundreds of thousands of beef cattle slaughtered every day for human consumption, we have the responsibility to ensure the animals we consume go to their deaths in as humane, gentle and painless a way as possible. The animal behaviourist Temple Grandin, well known also as a spokesperson for autism from her personal experience, has perhaps done more than any other individual to ensure this is the case. Her way of seeing is one that not only cattle handlers could learn from.

Sophie Lovell: You are highly recognised for your work in improving cattle welfare through your design of livestock handling systems. How did you first became interested in livestock welfare?

Temple Grandin: Students only get interested in things they are exposed to – and I was exposed to cattle in high school. My boarding school had a twelve-cow dairy, and when I was 15 I went to my aunt’s ranch, where I got exposed to beef cattle.

When did you become aware that there was a problem there that needed addressing?

At our high school they treated their cattle really well. There were no problems, and they were beautiful cows: Milking Shorthorns. It wasn’t until I got out to the West and to Arizona that I started seeing really bad handling of cattle at large feed lots. They were just so rough with the animals. And I noticed that sometimes the animals would refuse to go through the race [a narrow corridor built for handling cattle] because they had stopped at a shadow, or because a rope was hanging across it, or a coat was on the fence. So I actually got down in the raceway to see what the cattle were seeing. Nobody had done that before. This was the early 1970s − it was considered really far out.

How did you move from these observations to designing your first stock and slaughter pen designs?

The stock pens came first because I got interested in the feed yards, but I started visiting a local Swift [meat processing] plant in Arizona and one of the questions I asked was: are cattle afraid of getting slaughtered? So I’d go to the Swift plant and then the feed yards, and watch the cattle being handled. But they behaved the same way in both places. You can see videos online showing animals going into a slaughterhouse and they’re all upset and agitated. Well, one of the reasons they’re upset is because they’re alone. Animals do not like being alone; they get upset.

How have you changed the format of the pens to make the experience better for the cattle?

Cattle’s natural behaviour is to go back to where they came from. When you lay out a crowding pen, you should lay it out in a full half-circle, so the cattle come around the pen back where they come from. That’s an important principle. Then it’s really important to get all the distractions out of the system. Animals are really sensitive to what they see − it’s amazing the little things that they notice. Just the other day I went into a plant with one of my systems which was not working well. I looked at how the cattle were moved, and there was a place where they could see people and motion up ahead. So I took a piece of plastic and hung it up to block their vision and it worked so much better. All it took was a piece of plastic to make the difference.

There are also plants where I’ve just added lighting. Animals do not like to go into the dark. So you add a light in the right place and then they’ll follow, or you move a light to remove a reflection on the floor. In two plants the reason the cattle weren’t going up the race was paper towels hanging up on the side. I took them away and it worked. These are things most people don’t notice. I also show people how to move cattle. A real common mistake is to stand at its head and poke it on the butt − so you are telling it to go forward and back at the same time. That does not work.

One of the things I found was that selling the equipment I designed was easy. Getting people to actually be gentle with the cattle and operate things correctly were the difficult parts. People always think they can buy the magic facility and it will solve the problems, rather than changing the management. But people are half of the equation. When I started out in the ’70s, as a girl in a man’s world, I was looked at like I was crazy. People handled cattle so badly in the ’70s. Just getting them to stop poking them all the time with electric goads was hard enough. Today many people are interested in low-stress handling but when I started I was totally a pioneer. Now things have gotten better. One major factor was big companies, like McDonalds, auditing. In 1999 I worked on implementing the McDonalds audit and saw more change in that year than I’d seen in my whole career. Now people have to maintain equipment, repair equipment and operate it correctly.

Because they had the pressure of their main buyer checking on them?

Because McDonalds kicked them off their supplier list if they did not. I hate to say it, but it took that to force people to actually operate correctly.

On what scale have your designs been implemented? How many plants and cattle are we talking about?

Well, my centre track restrainer and conveyor systems are in most of the big, big plants, which handle about 50 percent of all the cattle in North America, including Canada. People say I have designed half the cattle handling systems in the USA. That’s not true, but half the cattle going to meat plants go through my centre track restrainer system. The other main systems I’ve designed are feed lot handling and ranch systems, but the percentage of cattle that go through these is much lower.

How many people do you have working for you?

I just have one employee doing electronic CAD drafting for me now.

So people still come to you asking for a design?

Yes, and then we design it specifically for their place. Although my career is changing and I’m now doing a lot of talks at colleges and things like that, I’m still getting out in the field. Also, some people read my stuff on the internet, then send me a drawing and ask if I approve of their design. I look at a lot of drawings that people send me and if they lay them out right I say “go ahead and build them”, but there are some bad layout mistakes you can make. If you are using curved facilities it’s really important that they’re laid out correctly – they have to be. It’s critical when you bring a group of cattle down to single file that they can see two body lengths up that raceway – to see that there is a place to go. People tend to bend it too sharply right where it joins the group pen. That’s what I call “dead-ending the race”. It won’t work if you make that mistake.

Which countries would you say have been most receptive to your designs?

Mostly countries that handle large amounts of cattle: Australia, South America, the USA… I have some much smaller systems in England using a round crowd pen with a half-circle turn and a straight chute. I’ve a bunch of those there and they love ’em. But a lot of my principles, like those about distraction, everybody likes, because they apply to everything – large and small.

You have had such a full career. Which achievement are you most proud of? What keeps you going and keeps you interested?

I’m proud of the design part, but also of teaching people to be more observant. I keep going and I do a lot of talks at colleges because I want to get students interested. There are a lot of kids out there who are a bit different, who might be labelled autistic or dyslexic or maybe with ADHD, and too many of them get a handicapped mentality. I want to see them get out there and get good careers. The head of Ikea was dyslexic, Einstein would be labelled autistic today, and Beethoven was pretty weird.

Dr. Temple Grandin, born in 1947 in the USA, is an American scientist and activist. With a PhD in animal behaviour, she is a leading proponent for the humane treatment of livestock for slaughter and author of more than 60 scientific papers on animal behaviour as well as being a designer of livestock handling facilities. She is currently a Professor of Animal Sciences at the College of Agricultural Sciences at Colorado State University. She also is one of the first individuals on the autism spectrum to document the insights she gained from her personal experience of autism.

Interview by Sophie Lovell, first published in uncube magazine as “The Logical Path”. 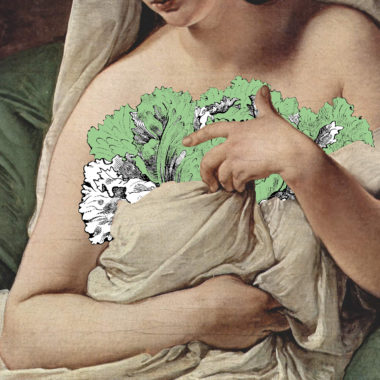 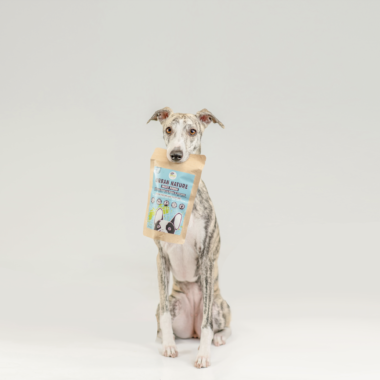 "From a young age, I began understanding cooking through an auditory…

Grace Gloria Denis is an investigative artist whose work converges…

"It was still confusing, even for my friends. They were all like: 'What…

LinYee Yuan, the founder and editor of MOLD magazine is a vanguard…

“These are some of the oldest aged cheeses on the planet. When I eat…

“I came here looking for a cheese that matched my ideals, the opposite…

“Not only does it give context, I think food is maybe the easiest hook…

An interview with the food and city writer @jonathandnunn, best known as…
Follow